Located in the town of Oiartzun, Gipuzkoa, Zuberoa Restaurant is without a doubt one of the temples of Basque cuisine. The chef, Hilario Arbelaitz, has known how to maintain the essence of traditional Basque recipes in his kitchen, and works with prime-quality ingredients in exceptional ways. 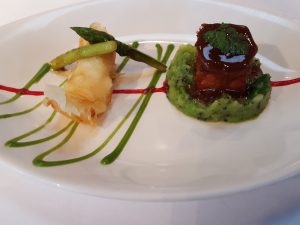 As he himself admits, he owes everything to his mother who taught him the secrets to cooking the classic recipes that make up Basque cuisine. Subsequently, his time at the Ithurria de Maurice Isabal Restaurant gave his cuisine a slight French influence. Nevertheless, Hilario remains true to his style, loyal to his origins and always honest, both in the kitchen and in life. 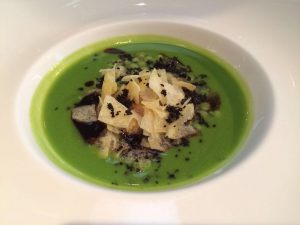 Hilario is a cook like those of the past. Oblivious to gastronomic events, he points out that the place of a chef is in the kitchen. He arrives at the restaurant prior to his kitchen team, personally directs all services, and approves each and every one of the dishes that come out of his kitchen. When the shift ends, he stays to greet all of his guests. 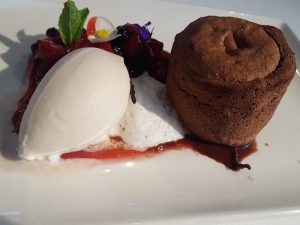 His workplace is a spectacular restored farmhouse dating back to the XV century that should be considered a true architectural gem. Hilario, however, is not alone. Outside of the kitchen he is accompanied by his brother Eusebio and his wife Arantza Urretabizkaia, who lead the dining room with special attention and care to the restaurant’s customers. Zuberoa Restaurant is without a doubt one of the best options in which to enjoy one of the several Michelin Stars scattered around the Basque Country.

Are You Ready for Basque Cider Season?
Scroll to top
Manage Cookie Consent
To provide the best experiences, we use technologies like cookies to store and/or access device information. Consenting to these technologies will allow us to process data such as browsing behavior or unique IDs on this site. Not consenting or withdrawing consent, may adversely affect certain features and functions.
Manage options Manage services Manage vendors Read more about these purposes
View preferences
{title} {title} {title}